How to Prevent Snow and Ice Damage to Roofs

Winter is officially here, and with it comes unique challenges for your roof. Today, we will discuss some of the most important things to consider when deciding how to prevent snow and ice damage to your roof. Preventing roof damage from ice and snow melt comes down to being prepared. A sound preventative maintenance plan can help drastically reduce the likelihood of damage and its impact when it does happen.

Most Common Damage from Ice in the Midwest

While states further north deal with concerns like excessive snow weight leading to roof collapse, in the Midwest, you are more likely to deal with ice dams and melted snow. Ice dams are often found inside of enclosed gutter systems. Over the winter, ice blocks form inside the gutter, preventing drainage. When excessive snow falls, warm air from the building’s own heating can thaw some of it, sending the water flowing towards the drainage systems. When the melting snow flows to the gutters, it gets stopped by the ice dams. Then, with nowhere to go but inside the water damage begins, as the water is forced into your building. Matters get worse as the water seeks out the lowest points in the building, potentially causing damage across your building. The most common snow and ice damage to roofs in the Midwest often comes from these dams and snow melt.

While excessive snow creates the water, it’s really the ice dams that are the culprit of the water damage. You might be tempted just to remove snow from your roof, but that can be dangerous and time consuming. Simply put, it’s not the best way to prevent snow and ice damage to roofs. It is far better to focus on methods to prevent ice dams instead.

Getting rid of ice dams is as easy as installing electric heat tape into your drainage systems. This method is simple and can help you combat the perils of damage from ice. Heat tape can also be programmed with a sensor to turn on automatically when hazardous temperatures are reached. This method allows you to prepare in advance and can be a huge asset in preventing water damage to your building.

Another preventative measure is the application of ice and water protective membranes. These membranes are typically installed on eaves, overhangs, valleys, and other areas vulnerable to melting snow and water damage. Depending on your jurisdiction, you may be required to have protector membranes installed in those regions, but that is not always the case. These combined with heat tape in your drainage system can help prevent ice dams and snow and ice damage to your roof. 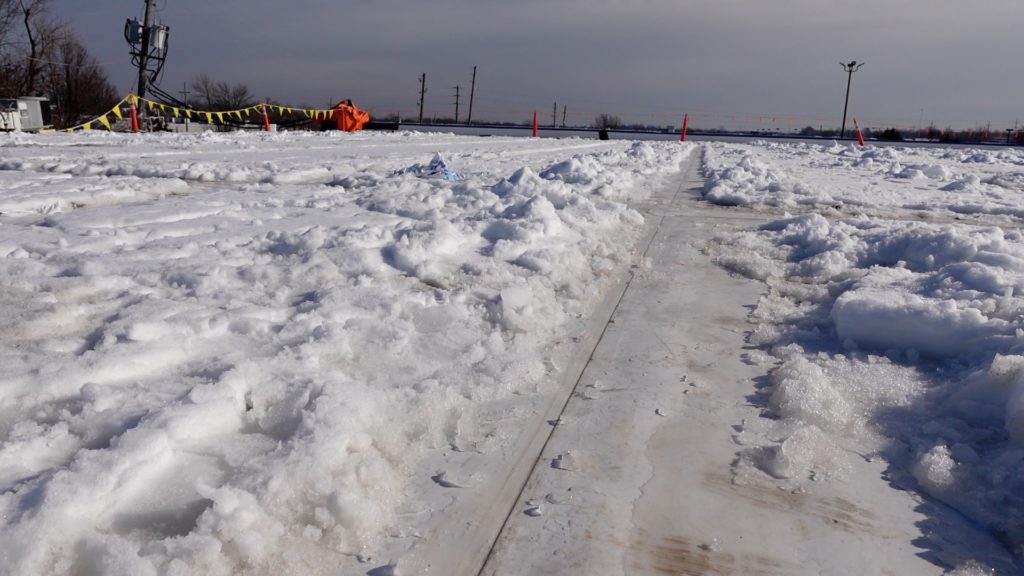 Although less likely, roof collapse caused by excessive snow is still something to be wary of. As the frost line continues to migrate towards our region further and further, serious damage created by excessive snow becomes more probable. Many cities now require certain snow load standards to help prevent roof collapse. These standards combined with limited snowfall mitigates the concern of roof collapse. However, during large snow events (12 inches of snowfall or more) snow load can still be a concern and should be monitored closely.

While you can’t prevent all weather-related issues from happening, having a proactive plan in place is the best practice. Working with our team of experienced and professional service technicians, we can help you prevent critical failures and rapidly respond to any damage from excessive snow, ice dams, snow melt, and many other types of damage.